Paul Lee Ramsey Sr. went to his heavenly home on Sunday, March 13. He left us quietly, surrounded by the people who loved him most.

Mr. Ramsey was born Sept. 15, 1949 in Spartanburg County, the eldest son of Irene and William Paul Ramsey. He met  Brenda Gail Yelton in April of 1970, and fell in love fast. They married on August 8, 1970. Two years later, their first of three children was born. Over the next 51 years, Paul would become Poppa and Brenda became Mawmaw. But he never stopped calling her ‘honey.’

Paul and Brenda were best friends who both loved to sing anything – oldies, gospel or the next sentence – to each other. His deep a capella voice often echoed through the house.  We can still hear him belt out the first lines of “Daddy Sang Bass” or “I’ll Fly Away.”

Mr. Ramsey served as a deacon and taught a Sunday School class at Piedmont Baptist Church in Chesnee for more than three decades. In his final weeks when he couldn’t make the trip to church, church members came to his house to hear him teach.

To his children and grandchildren  – and hundreds of others - in the winter and summer he was Coach Paul. He taught children to play football, baseball, and basketball. On the sidelines, his voice was a thunderclap. After leading one of his sons to an undefeated season on a team full of his best friends, Mr. Ramsey and the boys would climb ladders and cut down the nets together to celebrate.

Mr. Ramsey served in the U.S. Army from 1971 to 1973. He is a graduate of Wofford College and spent his career working in textile mills even as most of them disappeared  – including 24 years at Spartan Mills and 18 at the Inman Mills Ramey plant.

He is survived by his wife and children: Paula and Jonny Waldrop of Green Creek, N.C., Paul Ramsey Jr. of Boiling Springs, S.C. and John Ramsey of Richmond, Va. He had three grandchildren: Haylee Waldrop, Heath Waldrop and Shelby Ramsey. They were what made him happiest.

He is also survived by his sister, Rita St. Aubin of Chesnee, and two brothers, Jim Ramsey (Barbara), of Lake City, S.C. and Randy Ramsey (Chris), of Pauline, S.C.

He was preceded in death by his parents and his brother, Eugene Ramsey.

The family will receive friends from 3 until 3:45 p.m. Tuesday, March 15, 2022 at Piedmont Baptist Church. Funeral services will follow at 4 p.m. at the church with the Revs. Larry Fleming, Billy Boone and Eric Yelton officiating. Burial will follow in Springhill Memorial Gardens.

The family would like give a special thank you to Hospice of the Carolina Foothills for all their care for Mr. Ramsey.

In lieu of flowers, memorials may be made to Piedmont Baptist Church, 5524 Chesnee Highway Chesnee, SC 29323

The family is at the home.

To plant memorial trees or send flowers to the family in memory of Paul Ramsey Sr., please visit our flower store.

Your condolence is awaiting moderation. Once approved it'll appear in the guestbook.

Coach Ramsey was my little league football coach, and not only developed my love of the game, but also taught me how to keep going when we didn't win. Hard nosed but fair, he loved his players like they were his own blood. His booming voice could be heard from the sidelines in Chesnee ever Thursday night.

I was blessed to have been a part of his life and so very thankful for my daughter Shelby to have such an amazing Poppa. I loved him and know that he is in heaven watching over his family. He was a wonderful grandfather, father, husband, and brother to his family. His granddaughter Shelby was blessed to have such a loving poppa. Thank you for sharing your love with all the lives you touched and inspired and loved. You will be forever missed on earth but we know in our hearts you are with the Glory of Christ and God. I am sending love and prayers for all the Ramsey family and am forever thankful and blessed to have been part of your family. Love always and my family too is sending love and prayers for everyone that loves and misses you. 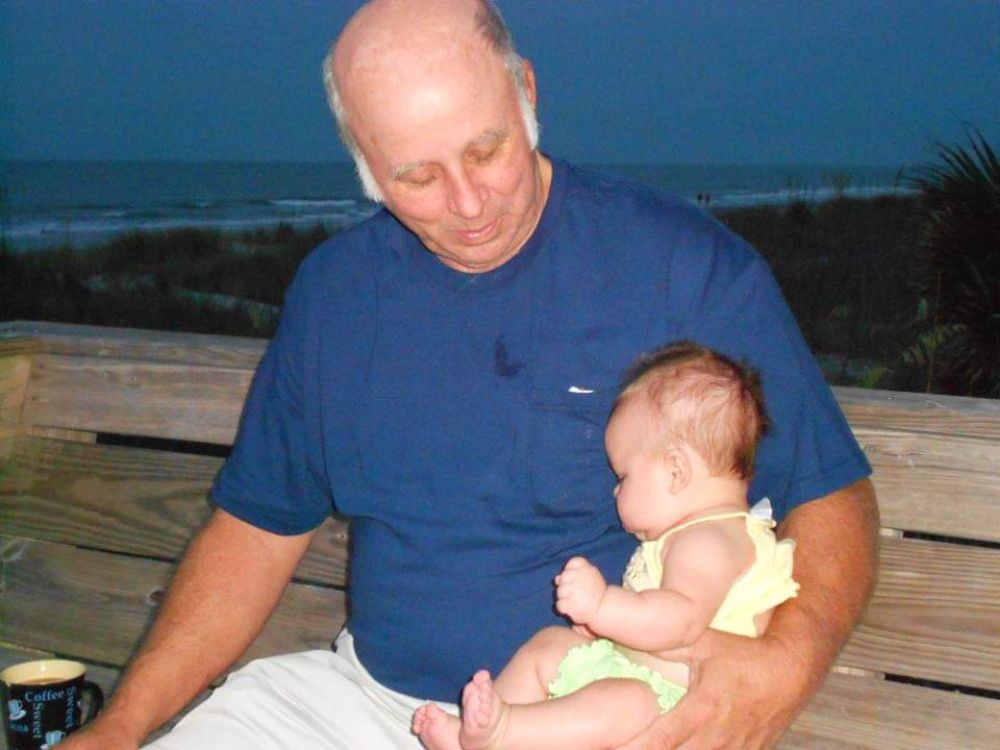